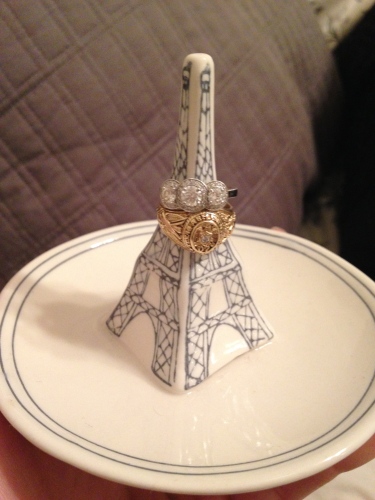 As you know, Christmas is my favorite holiday. I grew up celebrating at my grandparents’ house in Oklahoma and can count on one hand (with fingers to spare) the number of times that I didn’t make it. Now that I live so far away and my parents are divorced, I really cherish the week I usually spend at “home” that time of year. (It may be like a scene out of Four Christmases, but I love our traditions.) So even as Dave and I became more serious, we spent Christmas with our respective families and met up for New Years.

This past year was no different. Dave went to his mom’s with the pups in time for his sister’s birthday on December 21. I stayed in DC until December 23, when I flew to Dallas for Christmas #1 of 5 …

On Christmas Eve, my mom picked me up from my dad’s house and we drove to Oklahoma. That afternoon, my mom, aunt, cousins and I loaded up the car and headed to Walmart for some last minute shopping – it’s become a tradition. (Don’t judge, Sallisaw is a pretty small town so we find entertainment where we can!) After this time of “family bonding” we spent more QT together eating, drinking and watching Lifetime Christmas movies, another tradition.

Christmas morning is not what it used to be since there are no little kids to wake you up at the crack of dawn, eager to discover what Santa brought. It’s still a happy morning and we’re excited to exchange gifts over mimosas or spiked eggnog. Even though I didn’t sleep well, I was in a great mood, which was lucky for my mom because she was encouraging me to get ready.

“Are you going to take a shower?” (She had been in the bathroom getting ready from the moment I woke up …)

“Are you going to dry your hair?” (As I stand there in a towel, literally just having gotten out of the shower.)

“Are you going to leave those curlers in? Maybe I should take a picture and post it on Facebook.” (She underestimates how much I don’t care if people see me with curlers in my hair.)

“Take those curlers out so I can take a picture of you and your grandparents before everyone gets here.” (Because we can’t take a picture together when other people are around?)

Like I said, I was in a great mood, so I took it all in stride and just did as she asked. With the curlers out of my hair, I grabbed my camera, ready to take pictures when I hear, “Your phone is dinging!!” I shook my head, knowing that it was likely a text from a friend wishing Merry Christmas, but went in the other room to look. No new notifications. This is when I really thought about how strange she was acting.

As I began to get lost in my instafeed, I actually did get a text. It was from Dave, wishing me a Merry Christmas and asking me to go check outside for a package he had sent to surprise me. Now I knew something was up. For a fleeting second, I thought that maybe he came to surprise me and then realized how absurd that would be.

Walking outside, I looked around on the ground from the porch, down the front walk and around the corner to the front of the garage. Surprise, surprise – Dave was there! The first words out of my mouth were oh-so-romantic, “What are you doing here?!” Luckily he responded with words that were romantic enough for the both of us, telling me that his dad proposed to his mom on that very day 48 years ago, then got down on one knee. As he did so, I caught sight of my mother, creeping from behind the car with her camera (read iPhone) fixed on us. Even though it distracted me for a second, I am so glad to have the moment captured for the two of us to enjoy. 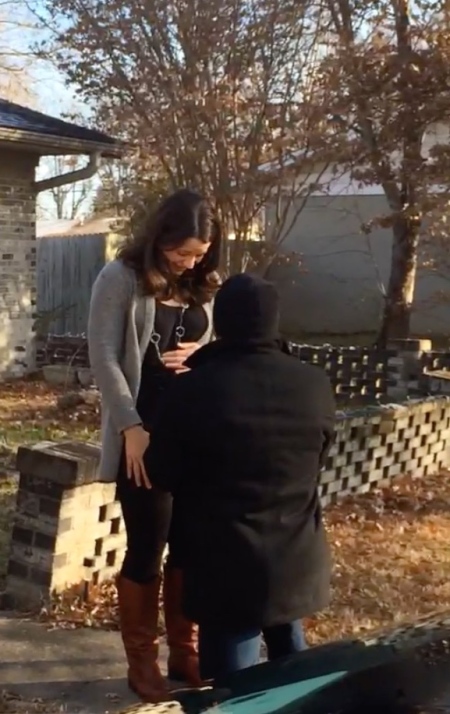 Back inside my grandparents were just as surprised as I was to see Dave. They had no idea he was coming, and even less that he was there to propose! The rest of the day was a whirlwind. We opened gifts, drank, ate, told and retold the story while family members trickled in as they do every year. 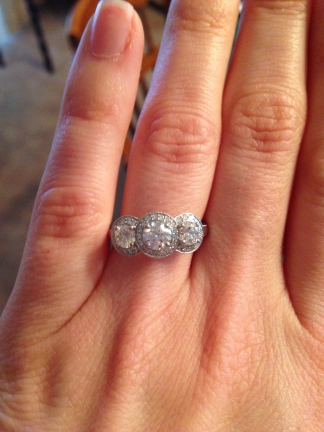 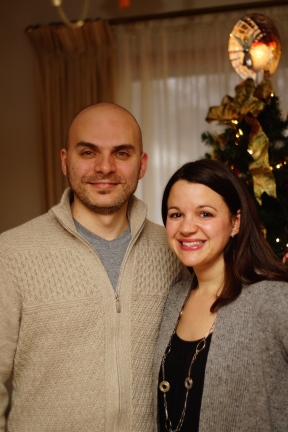 It wasn’t over though. My cousin Sarah’s birthday is on Christmas Day, so we always make it a point to celebrate separately that evening. Just after she blew out her candles, her mom told her that she had a gift in the other room … then I heard “What are you doing here?!” and knew exactly what was happening.

Two proposals in one day! I was a little worried my grandparents would not be able to handle the excitement, but that house was so full of joy, champagne and pretty rings. Cheers! 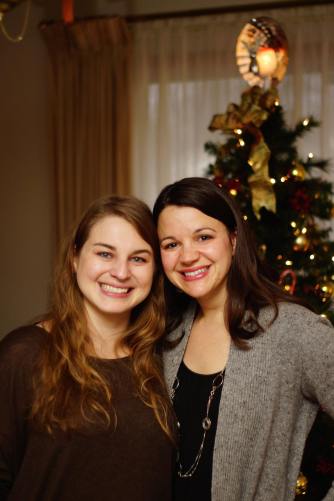 To be honest, I still feel so shocked when I think about the proposal. In a matter of days, Dave drove to Philly and then back to DC, flew to Dallas, rented a car and drove four hours to spend Christmas Eve in a hotel, then came to surprise me that morning. I am so lucky and could not be more excited to spend the rest of my life with such a wonderful guy! 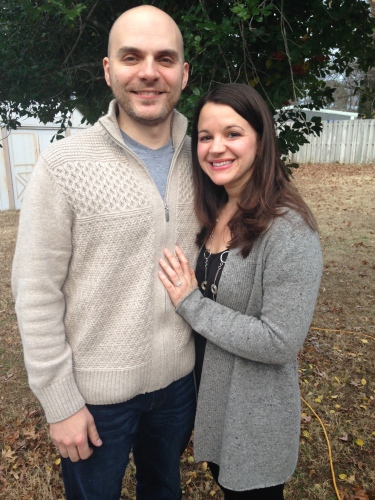 12 thoughts on “A Tale of Two Proposals”