Last year to celebrate Dave’s 35th birthday we took a trip to Curaçao. If you’re having déjà vu, yes, we just took a trip this year to Mexico for his birthday. What can I say? He knows how to celebrate and I love to travel!

Many have not heard of the tiny island, but it is the ‘C’ in a grouping referred to as the ABC islands, located just north of Venezuela. (I am sure you have all heard of Aruba, the ‘A,’ and Bonaire makes up the “B.”)

We stayed at the Hyatt Regency Curaçao, which is no longer being operated by Hyatt for some reason, and is now the Santa Barbara Beach & Golf Resort. On the south side of the island, this resort is tucked away from the town of Willemstad and the paragon of “getting away from it all” with lush sprawling grounds and surrounding waters as blue as the liqueur named for the island itself.  The rooms were luxurious, yet not excessive, and we had a beautiful view from our balcony perfect for enjoying morning coffee.

Curaçao is very unique compared to the other Caribbean islands I’ve visited because it has such strong Dutch influence. It was part of the Netherlands Antilles until 2010, when the country was dissolved, and is now a constituent country of the Kingdom of the Netherlands. To get the best view of the colorful historic buildings lining the waters of the Santa Anna Bay in Willemstad, we took a sunset cruise through Pelican Express, stopping just before the famous Queen Emma Pontoon Bridge. Unfortunately we did not get to see it open up.

We took plenty of time to relax by the pool and on the beach, but also explored the island – with purpose at times, wandering aimlessly at others. (Word to the wise: road are not clearly marked so have a good navigator!) 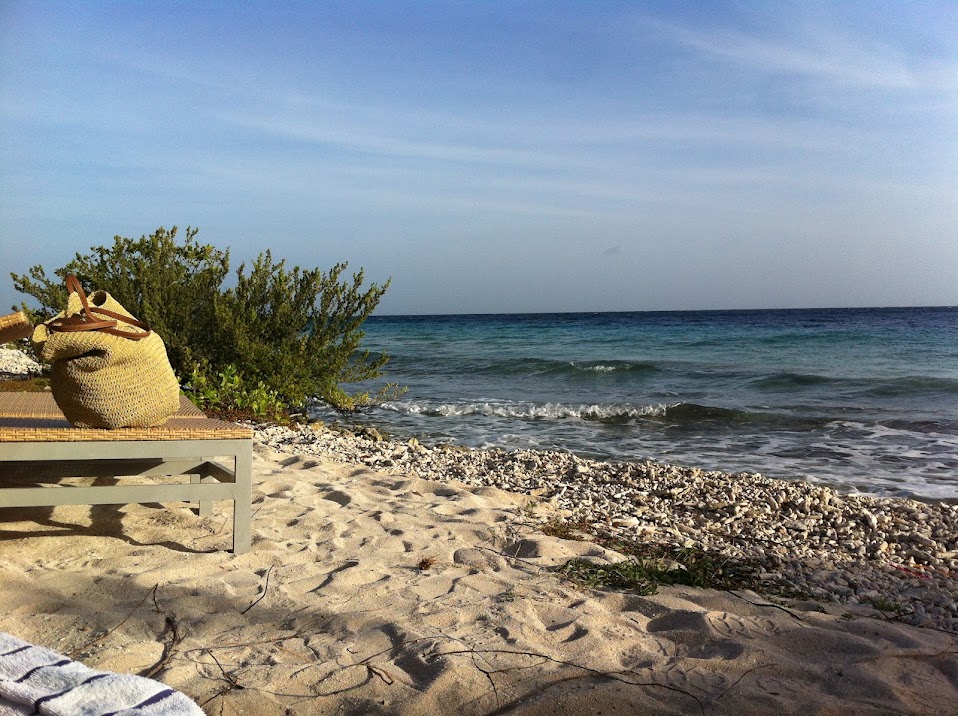 Our first excursion was a boat tour of the Spanish Waters and snorkel trip through Bounty Adventures. Million dollar homes line the shores of this bay (including one for the owner of Polar Beer), and for just a couple of hours it was easy to imagine each villa as our very own exotic island escape – remember the cabin? Same concept.

The snorkeling part of the day was not my finest hour – for some reason I became violently seasick. Dave really enjoyed the underwater scenes though – sunken ships and tropical fish – and though I may not have kept it all down, the food was homemade, delicious and 100% local.

One day we decided to loop the entire island, stopping at various points of interest along the way. We saw ruins of old colonial homes, tiny towns and even some street goats! 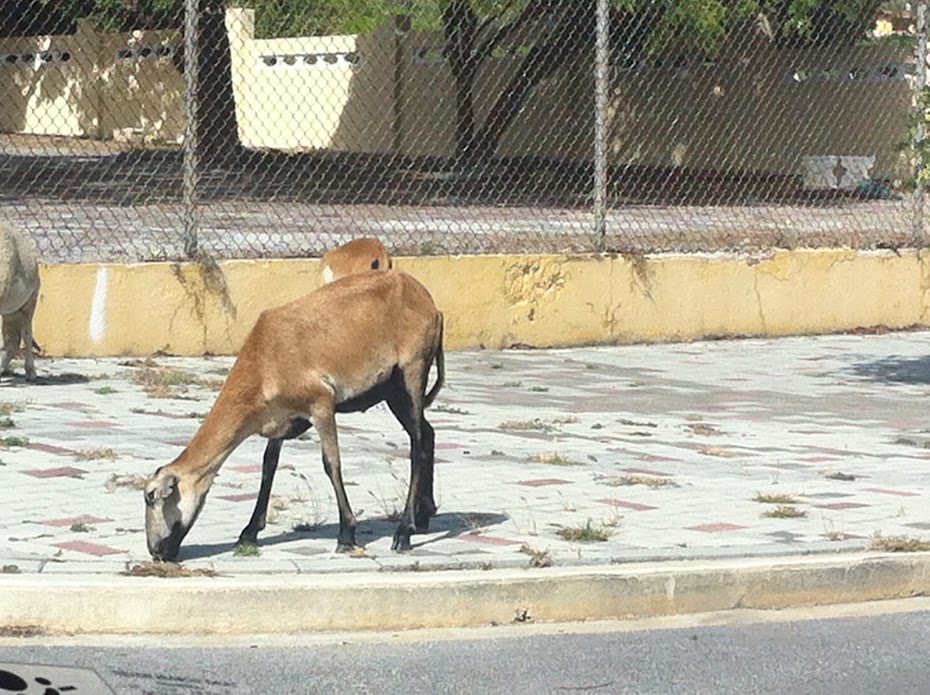 Of course, it would not be a vacation without visiting a national park, so we made a stop at Shete Boka National Park. This is undoubtedly an off-the-beaten-path site, with some very fascinating geological features. I quietly stopped at every photo opportunity, only to find Dave way ahead of me on the trail. We saw lizards, iguanas and coral remnants Walking along the rocky path to the natural bridge, which is a rock bridge from one side of Boka Wandomi to the other, sculpted by the surging tides. 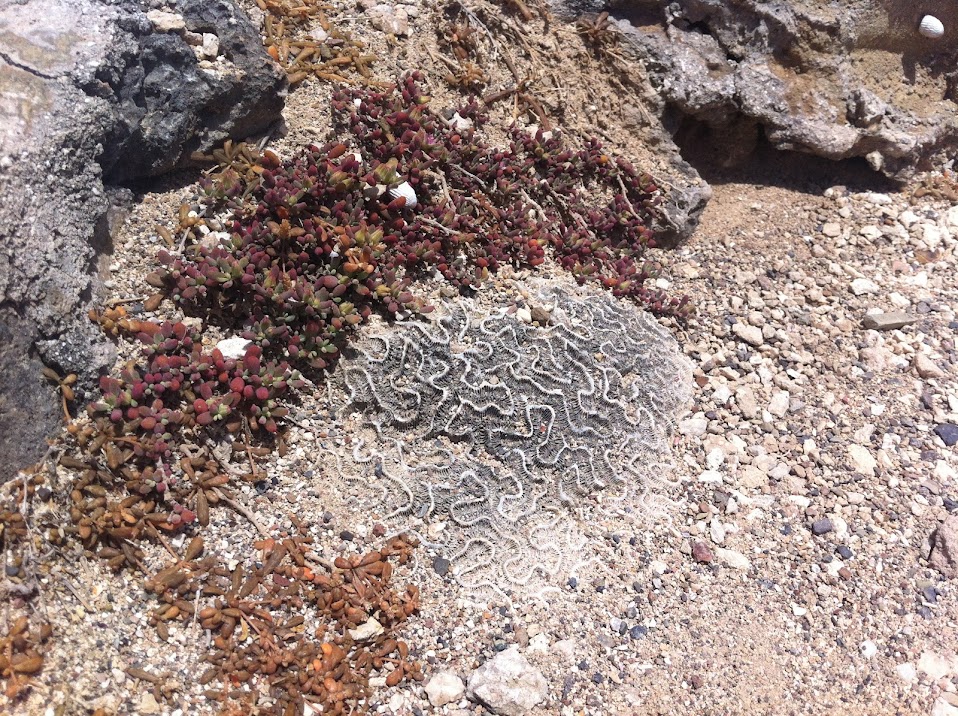 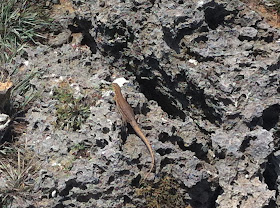 one of my many lizard buddies 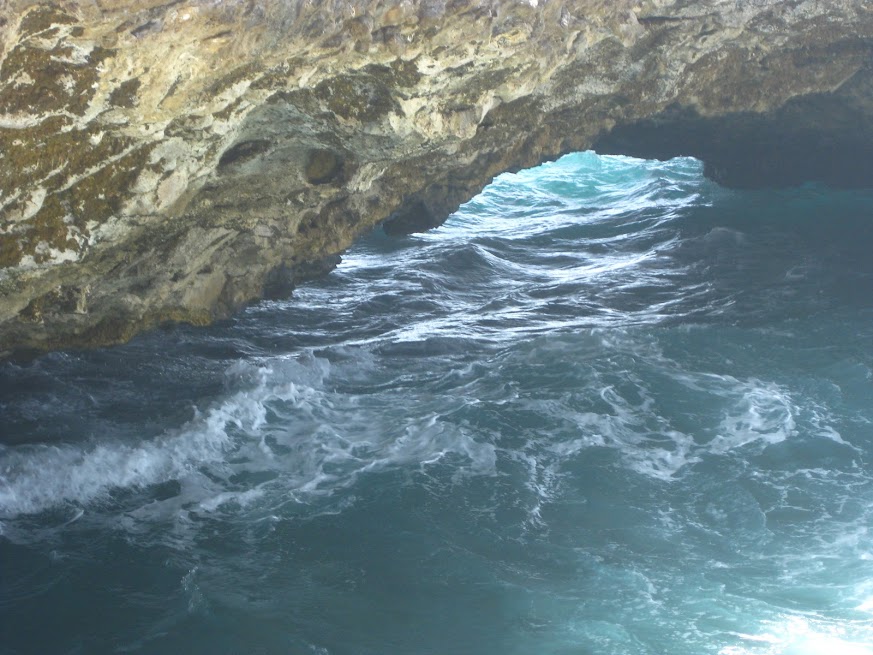 Waves constantly crashed into the cliffs overlooking each bay. It was incredibly loud and peaceful at the same time. The ocean was so erratic that I felt as though it could scoop me up at any moment and carry me out to sea – or slam me right back up against the jagged rocks!

After walking along the trails with sun beating down on us, we were thrilled to have a seat in the shade of this beautiful tree. (Does anyone know what kind of tree it is?!) 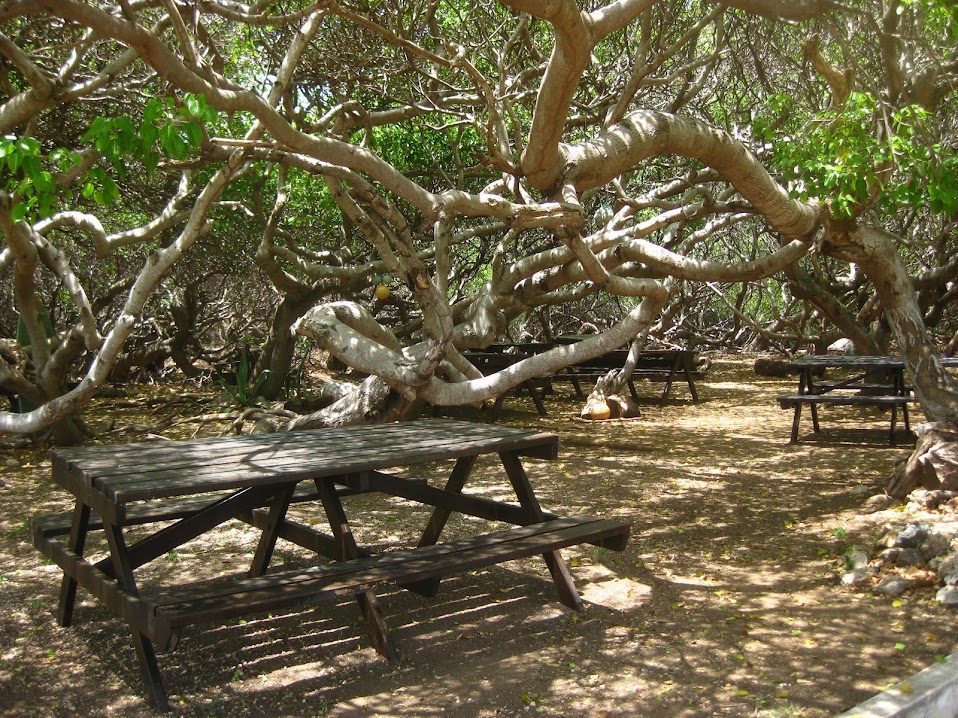 Back in the car, we continued the exploratory loop around the island, stopping for an authentic lunch at a tiny cliff-side restaurant overlooking Playa Forti. Krioyo is the local cuisine, and everything we tried was amazing … even if we didn’t know the exact ingredients in each dish. Mine had beef (and possibly other meats) with raisins (and/or grapes) and was covered in cheese :) 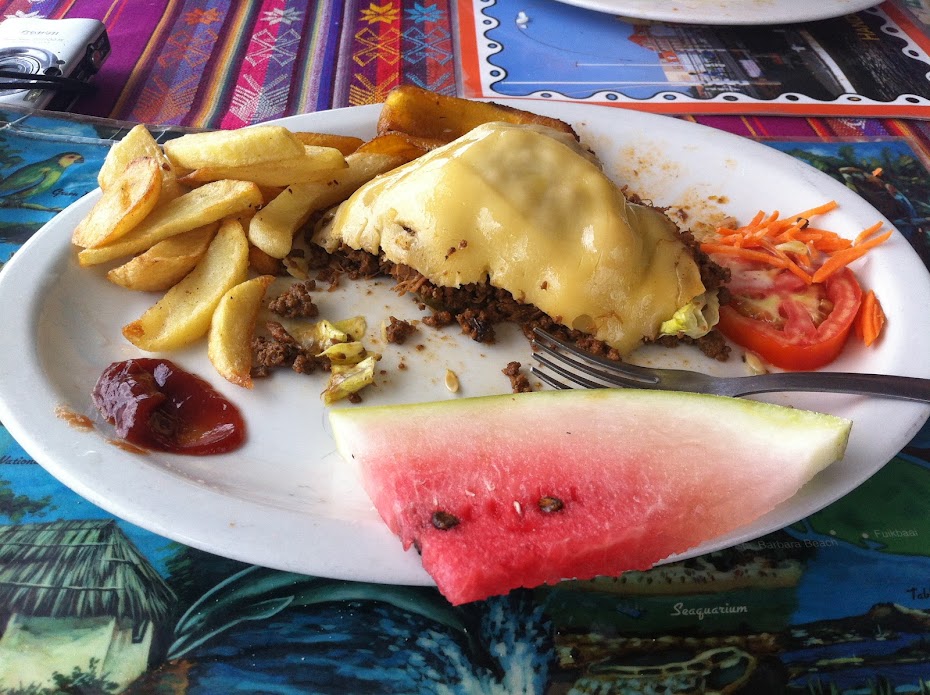 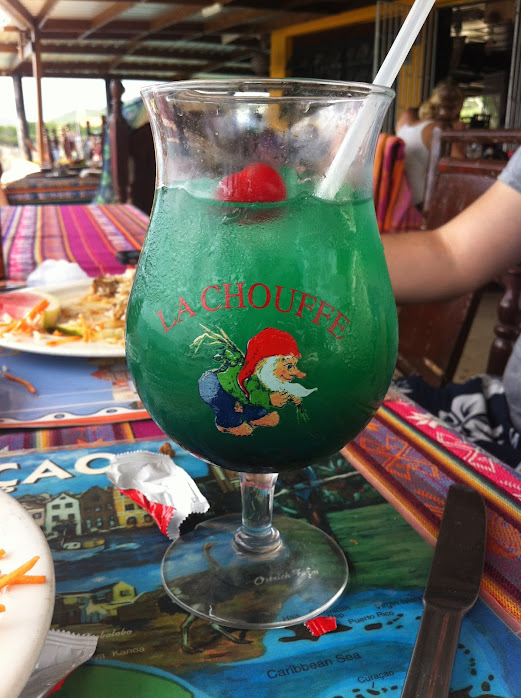 Our next stop was at Knip Beach for a little fun in the sand and sun! Several locals camp out there all day with coolers and music – must say that I would do the same if I lived there.

Although we celebrated Dave’s birthday every meal, one night we went into Willemstad-Punta to celebrate with dinner at Mr. Congas, a Cuban restaurant in the historic Waterfront Arches area. Prior to the trip, I exchanged several emails with the owner, so it was no surprise that upon arrival we received the royal treatment! 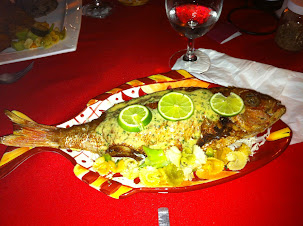 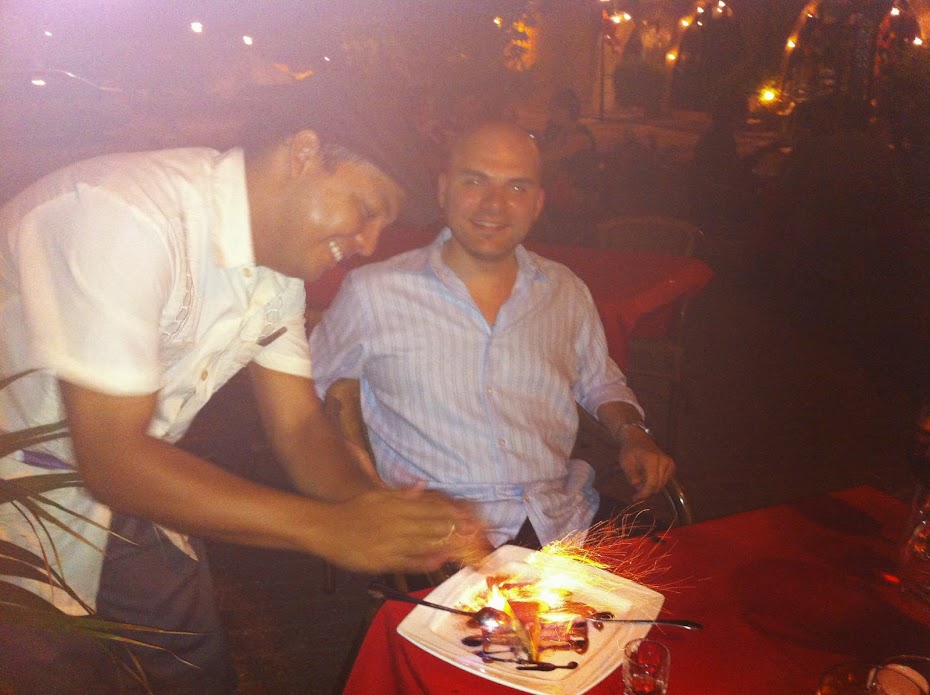 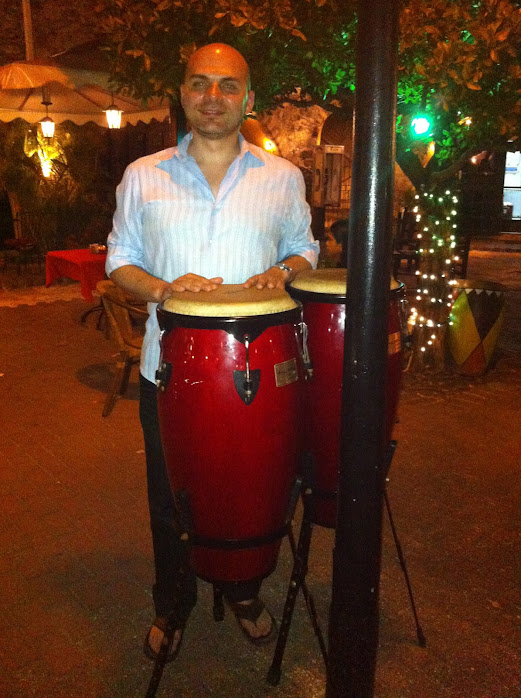 one of the many birthday dinners

Needless to say it was a great trip and I would definitely return to Curaçao for another adventure! For the rest of my Curaçao photos visit my album.

Have you ever been to one of the ABC islands? What summer travel plans do you have this year?

Rain or shine — this girl loves to be outside.
Date night into morning. I don’t mean to brag, but this coffee was still warm when I finished it. #kidfreenight @vicevirtuecoffee @arrivehotels
Girlfriend loves to eat!
Such a great week of work and fun! Loved catching up with everyone, especially my #resisters (even though I didn’t get a pic of us together!) 💕
Cozy coffee vibes.
This is the newest face from our v expressive child. She makes it when she’s excited about something. Like #babyshark and okra 🤣Tonight though, the face came out when @frenchqtr99 was twirling his drumsticks 🥁
Garden planning, bbq and ice cream. Not a bad way to spend the day! 📷: @frenchqtr99
This girl loves music class 🎶 💃 📷 @musikadventures
One year ago today ... I looked up nearby psychiatrists and very quickly sent one a message, knowing that if I thought about it too long, I would talk myself out of asking for the help I so badly needed. • My heart was inexplicably beating so fast, I felt like my chest was going to explode. I just could not shake the feeling that something terrible was going to happen to Jo or to me. It was not the first time I felt that way, but it was definitely one of the worst. • When we met a week later, she confirmed that I was experiencing postpartum anxiety. We hear about postpartum depression — albeit not nearly enough — but there is very little awareness about other postpartum mood disorders. We’re also not always told about late onset in PPMD. • Now, a year has passed, and thanks to more regular sleep, support of family and friends, ongoing therapy, and medication, I feel much more like myself (although still a different self because motherhood!) But that doesn’t mean every day is a walk in the park (although these photos are, in fact, from a walk in the park). It takes work — and I’m doubtful that anyone could get through it alone. •⠀⠀⠀⠀⠀⠀⠀⠀⠀ So as someone who will do anything and everything not to appear vulnerable, I am sharing my experience because we don’t talk enough about the hard things. And I think we would all benefit from opening up about our fears. • If you’re struggling, ask for help! I *know* it’s not easy, but in my experience, the second you send the email or make the call, there is an instant feeling of relief. Something about putting your truth into the universe is incredibly freeing ... • If you know someone who might be struggling, speak up if you think they seem even slightly off. Sometimes it just takes the right person asking (maybe even more than once) at the right moment: are you ok? •⠀⠀⠀⠀⠀⠀⠀⠀⠀ #mentalhealth #postpartumanxiety #momtruth #postpartummooddisorder